Maliglutit to Close the 45th FNC

We recently revealed that Kim Nguyen's Two Lovers and a Bear would launch this year's festivities. So it seemed logical to conclude with a film that also showcase the Inuit territory's beauty.

Fresh off its world premiere at the Toronto International Film Festival, this feature marks the return of the director at the Festival, 15 years after having shown Atanarjuat: The Fast Runner, winner of the Caméra d’Or at the 2001 Cannes Festival and the 2002 Genie award for best film. Maliglutit, a revenge tale inspired by John Ford’s famous western, The Searchers, but transposed to an icy Arctic setting, is a further take on the Inuit community and its culture. 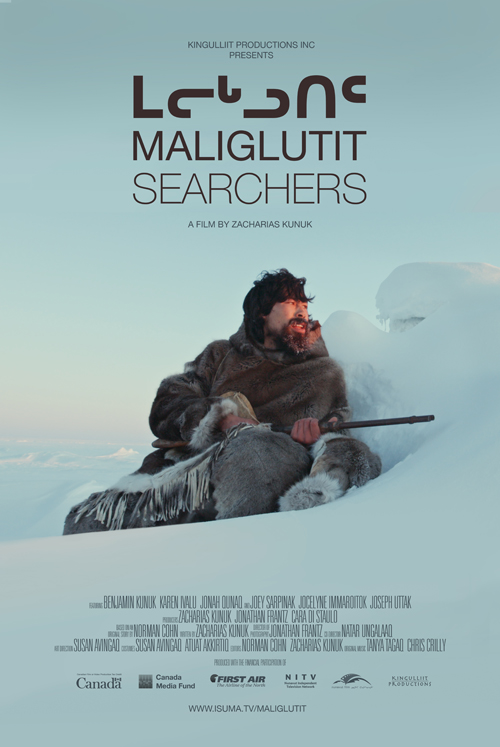 Nunavut, circa 1913. Returning home from a caribou hunting trip, Kuanana discovers that his wife and daughter have been kidnapped and the rest of his family, slaughtered. His father’s guardian spirit, a loon named Kallulik, guides him on a quest to thwart destiny and reunite his family.

MALIGLUTIT will screen at Cinéma Imperial with French subtitles at 7 pm on Saturday, October 15, during the closing night where the awards will be revealed, including the Louve d’Or.